What was Kirstie Alley’s net worth and Salary?

Kirstie Alley was an American actress, model, and producer who had a net worth of $40 million at the time of her death. Unfortunately, Kirstie Alley died on December 5, 2022, at the age of 71 after a private battle with cancer. Kirstie Alley is certainly best remembered for her role as Rebecca Howe on the NBC sitcom “Cheers.” The role earned her Emmy and Golden Globe Awards. She later received nominations for her performances on the sitcom “Veronica’s Closet” and the crime series “The Last Don,” and won another Emmy for the television film “David’s Mother.” On the big screen, Alley has appeared in such films as “Shoot to Kill,” “Look Who’s Talking,” “Village of the Damned,” “It Takes Two,” “Deconstructing Harry,” and “Drop Dead Gorgeous.”

Kirstie Alley moved to Los Angeles initially to become an interior designer and ended up appearing on multiple game shows. These appearances led to small roles on television, and a supporting role in “Star Trek II: The Wrath of Khan”. From there, she began to gain more high profile work, and caught the attention of a wider audience after appearing in the hugely popular mini-series, “North and South”. In 1987, she began appearing in the role that would make her a household name, as Rebecca Howe, on “Cheers”.  She received four Emmy nominations, and three Golden Globe nominations for her performance, ultimately winning one Emmy and one Golden Globe.

After “Cheers”, she went back and forth between film and television work, winning another Emmy for her work in “David’s Room”.  She starred in the series, “Veronica’s Closet” in the late 90s, and then everything spun off track.  Throughout the early 2000s, she appeared sporadically on television, including launching her own series called, “Fat Actress”, which lasted for only one season.  She did not appear in any more films.  During this period, her issues with weight and depression were well documented in the media, and every week there was a new article about her state of health.  She began to re-emerge in 2010, appearing on various reality shows, and in 2011, she competed in “Dancing with the Stars”, ultimately finishing the competition in 2nd place.  She also launched her own line of organic products, called Organic Liaison.

Kirstie Alley was born in 1951 in Wichita, Kansas to Lillian and lumber company owner Robert. She has two siblings, a brother Craig and a sister Colette. As a teenager, she attended Wichita Southeast High School. After graduating in 1969, she went to Kansas State University but dropped out after her second year. She subsequently moved to Los Angeles to pursue Scientology and work in interior design. While in LA, Alley was a contestant on the game show “Match Game,” winning both of her rounds, and also competed on “Password Plus.” In 1981, her mother was killed in a car crash involving a drunk driver, while her father was severely injured.

After appearing in an episode of “The Love Boat” in 1983, Alley was cast in a main role on the short-lived ABC espionage series “Masquerade.” She was subsequently in the television films “Sins of the Past” and “A Bunny’s Tale,” in two episodes of the anthology series “The Hitchhiker,” and in the Civil War miniseries “North and South,” costarring Patrick Swayze and James Read.

Alley’s biggest role yet came in 1987, when she joined the cast of the hit NBC sitcom “Cheers” as the character Rebecca Howe. Replacing existing star Shelley Long as Ted Danson’s rival/love interest, she remained on the show through its 11th and final season in 1993. In 1991, Alley earned Emmy and Golden Globe Awards for her performance.

While still on “Cheers”, she also appeared in the television films “Infidelity,” “Mickey’s 60th Birthday,” and “Masquerade,” and hosted two episodes of “Saturday Night Live.” Subsequent credits included the television films “David’s Mother,” “Peter and the Wolf,” “Radiant City,” and “Suddenly,” which she also wrote.

In 1997, another major television role came for Alley on the NBC sitcom “Veronica’s Closet,” which she also produced. Playing Veronica Chase, the head of a New York City lingerie company, Alley garnered nominations from the Golden Globe and Screen Actors Guild Awards. Also in 1997, the actress was in the television film “Toothless,” and was part of the main cast of the crime miniseries “The Last Don.” Credits in the 2000s include “Dharma & Greg” and “The King of Queens,” and the television films “Salem Witch Trials,” “Profoundly Normal,” “Family Sins,” “While I Was Gone,” “Write & Wrong,” and “The Minister of Divine.” In 2005, Alley played a fictionalized version of herself on the Showtime series “Fat Actress,” and in 2010, starred in the reality series “Kirstie Alley’s Big Life,” about her efforts to lose weight.

In 2011, Alley became a contestant on “Dancing with the Stars,” where she was partnered with Maksim Chmerkovskiy. She finished the competition in second place, behind NFL player Hines Ward. Among her later television credits are the television films “The Manzanita,” “Baby Sellers,” and “You Can’t Take My Daughter.” Alley also had the lead role on the short-lived TV Land sitcom “Kirstie” in 2014, and was part of the main cast of the second season of the comedy slasher series “Scream Queens” in 2016.

Alley made her big-screen debut in 1982, portraying Vulcan Starfleet officer Lieutenant Saavik in “Star Trek II: The Wrath of Khan.” Following this, she was in smaller-scale films such as “One More Chance,” “Champions,” “Blind Date,” and the Tom Selleck science-fiction thriller “Runaway.” In 1987, she starred opposite Mark Harmon in Carl Reiner’s comedy “Summer School,” which was a success at the box office. Subsequently, Alley was in the action thriller “Shoot to Kill,” the comedy “Loverboy,” and the romantic comedy “Look Who’s Talking,” in which she starred alongside John Travolta as the mother of a mischievous talking infant. Alley reprised her role in the sequels “Look Who’s Talking Too” and “Look Who’s Talking Now.”

Among Alley’s other film credits in the 90s are John Carpenter’s “Village of the Damned”; the Olsen twins comedy “It Takes Two”; Woody Allen’s “Deconstructing Harry”; the comedy “For Richer and Poorer,” costarring Tim Allen; and the mockumentary “Drop Dead Gorgeous.” Alley did fewer films in the 2000s and 2010s, appearing only in “Back by Midnight,” “Syrup,” and “Accidental Love” over that time.

In 1970, Alley married her first husband, high-school sweetheart Bob Alley; they divorced in 1977. Later, in 1983, she wed actor Parker Stevenson. After experiencing a miscarriage, the pair adopted son William, and later on, adopted a daughter, Lillie. Alley and Stevenson divorced in 1997. When they divorced, Kirstie paid Parker a settlement worth $6 million. That’s the same as around $11 million in today’s dollars.

For 30 years Kirstie owned property in the town of Islesboro, Maine. She and Parker Stevenson bought a 21-room mansion there in 1991. Upon their divorce they both moved to different Maine properties. In 2003 Kirstie paid $1.15 million for a waterfront home in town. She continued to own her home in town through mid-2020.

Alley has attracted much controversy for her political and religious positions. Among them, she is a noted Scientologist, and went through a Scientology-affiliated treatment program to end her cocaine dependency. In 2000, she bought a waterfront mansion in Clearwater, Florida from former Scientologist Lisa Marie Presley, and in 2007, donated $5 million to the Church of Scientology.

Alley also earned backlash for her support of the seditionists who stormed the US Capitol in 2021.

Kirstie Alley died on December 5, 2022 at the age of 71. She had apparently been quietly suffering from cancer which had only been discovered recently. 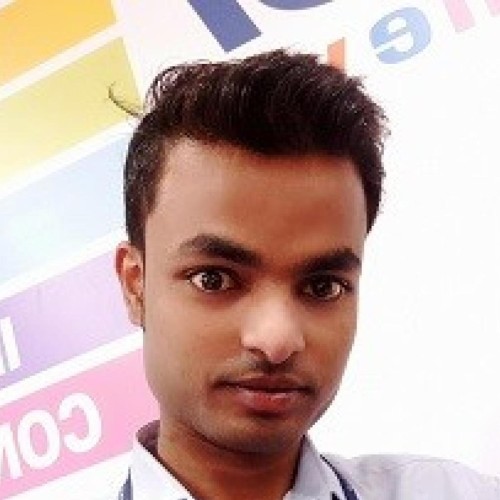